More than 10 years of delivering out-and-out, custom-built, expert solutions in training, certifications, and career development to professionals and corporates.

The IT market has grown significantly in the last decade. There is a cut-throat competition to stay the best. Do you want to be the ultimate choice of recruiters in the IT and management world? Then our professional courses are the bridge you need to cross to overshine in your career.

Success is followed by skills, and at ZOC our aim is to develop that professional skill set through online training and certification. ZOC is the leading platform for providing IT certifications and training. Corporates and organizations look for professionals who have qualified examinations and hold certifications to validate their knowledge. The career-enhancing and salary boosting courses offered by ZOC are ideal to revamp your career.

Zoc Technologies Pvt Ltd is an esteemed IT and Management Certification Company and solutions provider, headquartered in Mumbai, India. We are the authorized training partners with accreditation from governing bodies. Our offerings also include learning and understanding the core concepts of service & project management, project delivery methodologies, cyber security, etc.

Our aim is to provide hands-on experience to aspiring managers & train them to face practical challenges. Our complimentary career mentoring service has guided many professionals in the past to choose the right certification for their career boost.

Enroll with ZOC and complete your training and certification. Showcase your master-level skills and lead the future.

Incorporated in 2009 with the main object of imparting training, education, and career guidance to IT aspirants, ZOC Technologies made its humble beginnings with a handful of like-minded, determined individuals: Dr. Trilok Singh Randhawa, Mrs. Darshan Kaur, Miral Nandani and their team of trainers. With its principal office in Vashi, Navi Mumbai, ZOC Technologies had started out by providing classroom training only to individual professionals. However, in reception of its fine services, within a year in 2010, some of India’s leading corporates made their way into ZOC Technologies clientèle, including Mahindra & Mahindra and Reliance. By 2011, ZOC Technologies quickly expanded its operations to a pan-India scale simultaneously raising its benchmark in dispensing high-grade IT education. More and more eminent corporates from the telecom industry as well as individual professionals joined the ZOC Technologies family. In tandem, fresh new training programs, certifications, and additional qualified and certified training staff became part of ZOC Technologies.

As the team grew in strength, in 2013 ZOC Technologies launched a chain of its own exam centers affiliated with Pearson Vue in almost all major cities in India, viz., Mumbai, Pune, Bangalore, Hyderabad, Delhi, Bhopal, Lucknow, and Chennai. Consequently, almost all major certification examinations of some of the leading international accrediting bodies could now be taken by the students of ZOC Technologies at its own exam centers. Over the years, many corporates operating in the IT, telecommunications, banking, finance, and pharmaceutical industries have graced the client base of ZOC Technologies.

In 2015, ZOC Technologies diversified into providing staffing services on both an on-roll and off-roll basis. Further inspired by the overwhelming response and in keeping with the needs and demands of its clients, in 2017 a new service of providing guidance in doctorate research was introduced. With this, ZOC Technologies now covers an entire spectrum of milestones in professional education.

Established on a national level, it was time then to tap into the international market. In 2018, ZOC Technologies stretched its legs to provide e-learning facilities to clients in the North American and Middle Eastern IT dominated regions of New York, California, Florida, Texas, Doha, Qatar, Riyadh, Bahrain, and so on. Since 2019, parallel to its classroom-based training programs, ZOC Technologies has also developed fully virtual training programs that can be paid for and accessed completely over the internet.

Since its inception, the principal motivation behind ZOC Technologies operations has always been ensuring the professional success of its clients, no matter what their size and form. With this rationale, ZOC Technologies has now diversified into providing services in allied domains that equally affect and influence a person’s career development. These services include resumé writing, interview training, job search assistance, therapy for corporates, career counseling, and mentoring.

Today, ZOC Technologies holds and is guided by the constant trust, support, and loyalty of over a hundred of its distinguished clients and patrons who stand testimony to its unwavering commitment to providing high-quality career development services to all its stakeholders.

World-class training in all major IT and management domains.

Bonafide certifications from major accrediting bodies and for Wellnessacademy’s own in-house programs.

An array of customizable and combinable allied career development services to choose from.

We’ve got your back until your goal is achieved. 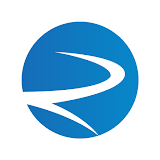 Karan Vig
Verified
Excellent services and support given. Highly recommend to anyone.

Bhushan Vyavhare
Verified
One of the best institute for technical certification ....

Vishwas gowda
Verified
I am happy to say that ZOC technologies is the best platform to trust and obtain the course. Even I am first time Experience when I search in Google for doing best training institute to do ITIL foundation level based on the review I drop an interested note within next couple of hours they called me and explain the process. About trainer very well experienced staff with certification and giving examples for every slide on the training PPT to .are us understand on the concept to make us easier. Jayanth, he completely help and support me whenever I face kind of problem and from starting to end till exam results, certification he ill take the responsibility and keep updating us by volunteering, really thank you jayanth for all your support. I am not an IT background but in my 1st attempt I have clear the ITIL V4 FOUNDATION level with certification. Big thank you for ZOC TECHNOLOGIES for everything 🙏 Looking forward to do some others course ASAP. REGARDS VISHWAS K

Moby Abraham
Verified
Thank you for all the guidance and support!!

ZOC Technologies is here with every possible facility required for you to become a successful professional and be riding high in your career. Achieve every goal and set higher benchmarks in your journey by joining ZOC.

We Love to hear from you